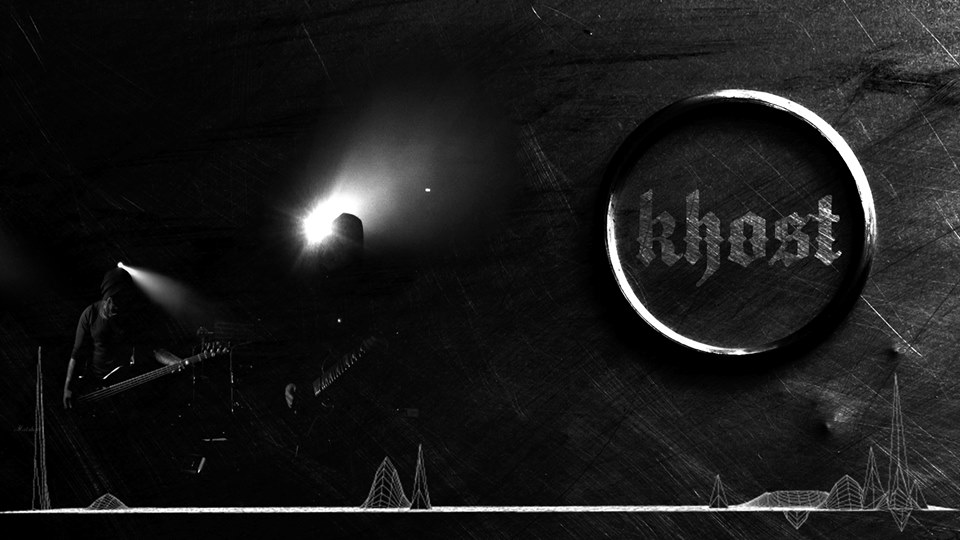 “an aura of cult-like spiritual reverence… Governance deconstructs doom down to its base elements over 50 minutes, its hazardously industrial environs an exhausting maze of rubble that truly tests the stamina.” (Metal Hammer)

“…this recalls Godflesh, Einstürzende Neubauten, Foetus, Author And Punisher and Gnaw Their Tongues at their most beautifully decayed and extreme. ‘Governance’ is industrial for people that know what industrial is, ferociously ugly and confronting music.” (9/10, Terrorizer)

“…referring to khost as just an “industrial” or a “metal” band feels like it’s doing them a disservice. There’s certainly elements of both, but the duo are walking their own path, sounding more unique and defiant with each release, and Governance is the most well-realised vision yet of their lysergic nightmare-scapes.” (The Quietus)

“It is difficult to ask for more from music such as this, and Governance is an undeniable triumph. It may be abrasive, punishing, and deeply uncomfortable, but it’s also that rarest of things – an artistic success that also possesses a relatable, human edge” (The Sound Not The Word)

“Governance is certainly one of the most extraordinary releases of the year so far, and ultimately an extremely satisfying one” (9/10, Antichrist Magazine)

“…this is some seriously oppressive and intense industrial metal that leans more toward real deal industrial than anything… to listen to an album in 2017 and have little more than widespread genre associations come to mind is pretty damn cool, and certainly doesn’t happen often” (Aversionline)

“Khost are masters of unease and on Governance they continue to evolve absorbing noise, ambient and experimental textures into their sample encrusted industrial doom. Uncompromising, brutal and thoroughly enthralling, Governance is a highpoint in Khost’s brief discography.” (Compulsion)

“teaming crushing doom with the bleak fury of industrial machinery, the duo continues to make their mark on the industrial underground… Khost show up fully prepared to pummel the listener into submission… a very solid album” (4/5, Musique Machine)

“Beware, this is one of the sickest, most brutal and mind confusing albums you’ll have a chance to listen this year…” (Terra Relicta)

“Khost have dredged up a perfect soundtrack to the hell that is going on in the world during these terrible times, if anything it could help herald it onto the extinction that seems more and more inevitable on a daily basis… Governance could even be described as quite a harrowing listening experience” (Ave Noctum)

“Brutality pours out of Khost’s malevolent “Governance”. No light it allowed into these darkened gnarled soundscapes… Embracing the ugliest and most horrible of sound, Khost descend into the absolute abyss with the dominating power of “Governance”.” (Beach Sloth)

“No-one in their right mind could ever call this a pleasant listening experience, it was never meant to be, but it is certainly compelling… nearly fifty minutes of entrancing yet hazardous tectonic doom-laced revulsion… this is absolutely essential.” (MLWZ)

“…it’s impossible to listen to Khost without thinking about, or experiencing, horror… the kind that isn’t satisfied with jolting you awake with the occasional jump scare but seeks to push you further into the dark, suffocating you with its claustrophobic atmosphere and testing how far it can push you before you have to say, enough”.” (Echoes And Dust)

These are artists who want to push you as a listener, viewer, toucher, taster. They feel the competing powers that define human and inhuman experience and press this open the audience. This is work that requires the presence of the artist and the engagement – sometimes submission – of the public. Your senses will thank you for the embrace that is DELIQUIUM.

The gallery started in East London's heart in 2009 as an independent platform that reflects and implements the global power of the arts, multicultural and gender equal communities; mainly acting as a place of exposure to the latest art movements and emergent new talents. Since 2016, MILKandLEAD Art Gallery is a Charitable Incorporated Organisation Registered in England No.1167857.

By continuing to browse the site you are agreeing to our use of cookies.

Warning: Unknown: Failed to write session data (files). Please verify that the current setting of session.save_path is correct (/var/cpanel/php/sessions/ea-php56) in Unknown on line 0